Cyprus! An island rich in history and culture, and full of wonderful experiences just waiting to be enjoyed, or so the Visit Cyprus tourism board says, and it is! This trip came about because Ali (the sister) won a stay at the Asimina Suites in Paphos, and if someone wants to put me up in a 5 star hotel for free….who am I to disagree? I’ve been to Cyprus twice before, but both occasions were for work so I didn’t get a chance to explore, something we definitely made up for on this trip! I’ll try and keep it brief (if you’ve got more questions feel free to ask)…. It might actually be shorter to list the places we didn’t see!

We flew in on the Aegean night flight from London Heathrow to Larnaca (the furthest airport from Paphos), picked up our car hire, which is for sure the best option for exploring and made the 1hr 20 min drive to Paphos. Our hotel for the first five nights of our stay was the stunning Asimina Suites.

Although it wouldn’t quite be in my usual price range, if you did book it you definitely see what you are paying for! The rooms (all suites) are beautifully decorated and spacious, we had a junior suite which has a small entrance area, a separate lounge, separate bedroom (with the most heavenly bed I have ever slept on) and a bathroom which was bigger than the one at home in my London flat! The hotel has every facility you could want, and the staff are always smiling and greeting you! We ate breakfast and dinner in the hotels buffet restaurant and the food was top!

We used Paphos as our base for the first days of exploring, our first stops included a drive up the B7 to the top west coast to the Baths of Aphrodite. I have to say I was a little disappointed with this, just a small pond surrounded by some nice greenery. It was partly because we’d seen some pictures online (which ended up being somewhere else, more on this later). Near to the Aphrodite’s Bath is the ‘Blue Lagoon’, unfortunately we didn’t get here as the blogs I’d researched before said you need a 4×4 (but is on the list for next time!). From here we went on a bit of a town hop, from Latchi to Polis on the coast to Goudi and Miliou which was more inland. Of these four towns next time I come I would choose to stay in Latchi, the other three were nice but a bit too small for my liking. Latchi has a big wide beach, and a good number of restaurants and bars to choose from. On the way back to Paphos that evening we also stopped at Adonis Baths (this is the pictures we saw online and thought was Aphrodite’s Bath – thanks to social media mis-labelling it). The road comically said ‘suitable for all cars’ which I would probably disagree with, and although we did ‘make it’ it was a bumpy ride. 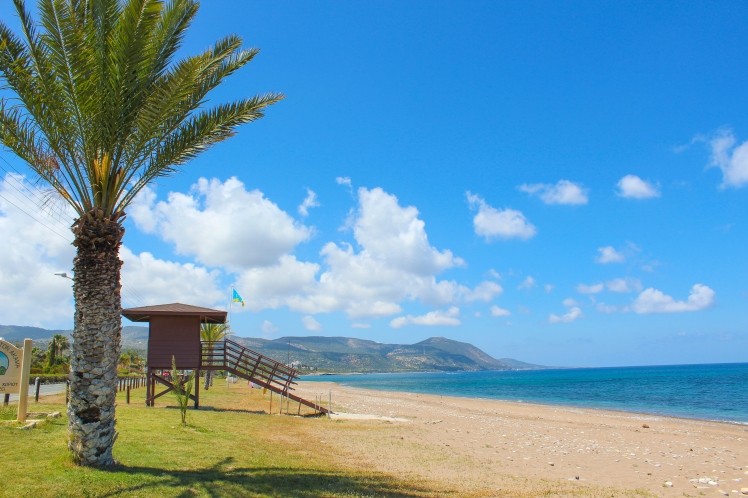 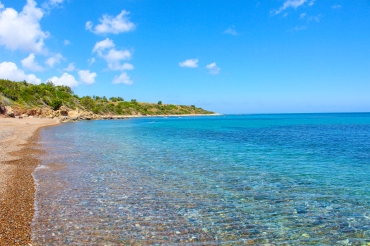 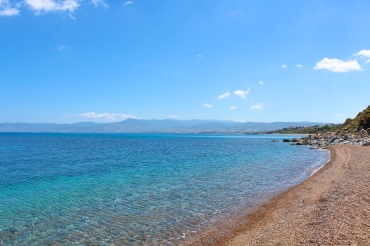 Day two saw us visit the city of Limassol, a more central base if you wanted to see both sides of Cyprus but stay in the same place. The sea front has been nicely developed and you can walk all the way along. There is also a small castle you can visit. Just outside Limassol is Kolossos Castle, this was a great little surprise also worth a visit! We took the B6 road back to Paphos (a more scenic route along the coast, rather than going along the main highway). We stopped in Pissouri along the way to check out the beach, and also at Aphrodite’s Rock (the birthplace of Aphrodite), this has a pebble beach and a great shop selling ice cream! Great spot for photos. 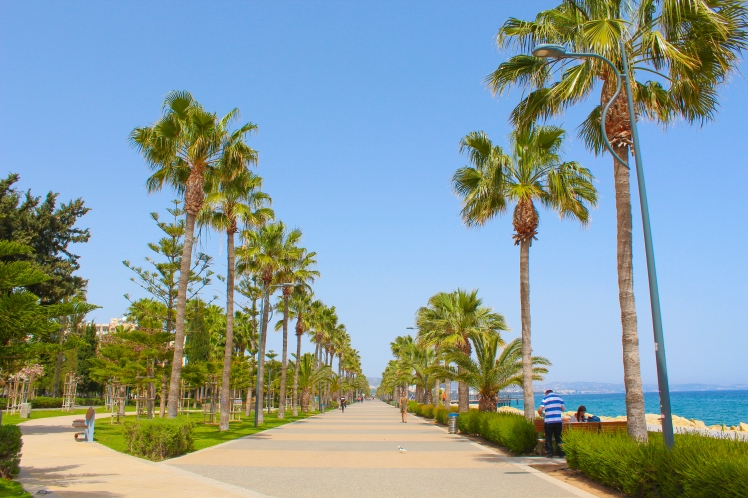 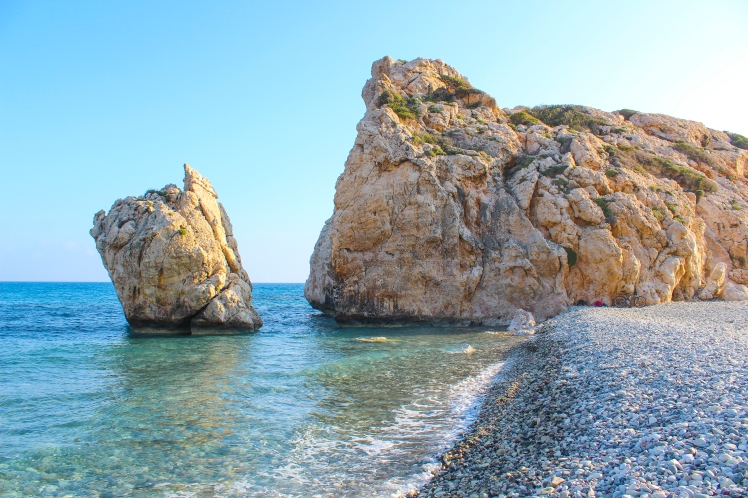 Day three (our last day seeing this side of the island) we headed of first to the Tombs of the Kings, a Unesco World Heritage archaeological site just a few minutes’ drive from Paphos. Although not as impressive as some other sights I’ve been to around the world, it was certainly worth a visit! You could easily spend a few hours here exploring. After this we headed to Akamas Gorge, a beautiful off the beaten track walk with some stunning scenery (it did involve a short bit of off-roading, but it was fine). On the way back to the hotel we went to Coral Bay, which was a little windy for my liking but has a big beach. 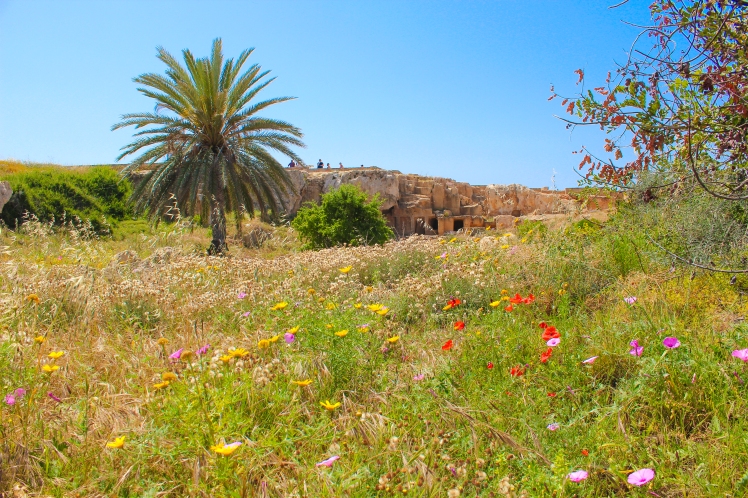 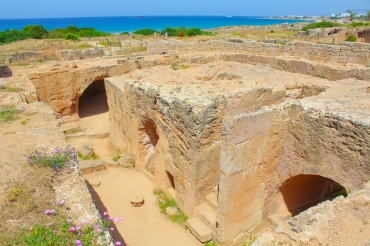 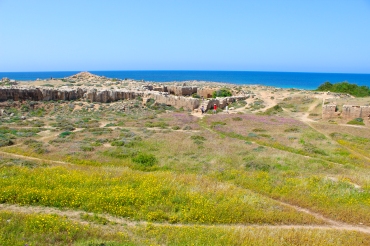 Overall Paphos was a good base for this side of the island, but it isn’t really my kind of city. There no real ‘centre’ and it’s all quite spread out (make sure you check where exactly your hotel is). Although along the sea front there is a nice promenade, which leads down to the Castle there are only kitschy tourist shops, restaurants and cafes.

Day four we headed out on the 2 1/2hr drive from Paphos to Ayia Napa. Along the way we stopped in the small villages of Kalavasos and Tochni, again would be a bit to small / isolated for my liking (but we needed some images for work) so was a nice stop en-route to our final destination. 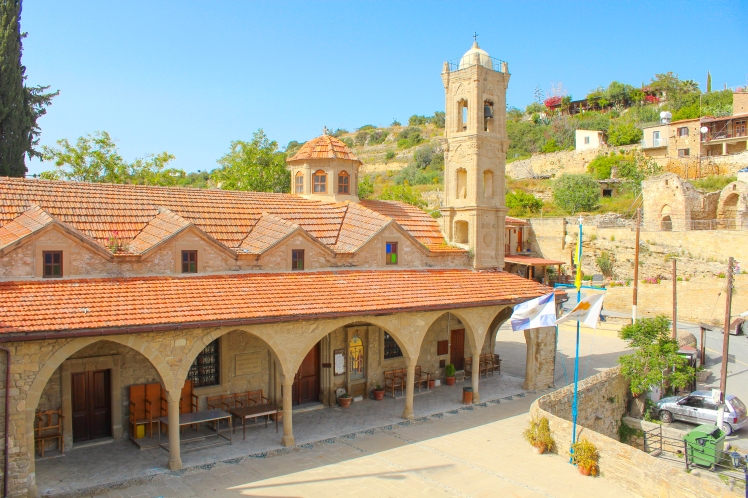 We stay outside the main part of Ayia Napa at the Makronisos Holiday Village.

This is a lovely property! Set out ‘village’ style they are almost at the end of a big renovation project where all the rooms are being re-done (just the bungalows are left to do). We stayed in a one bedroom apartment which was very spacious, separate living / kitchen area, bedroom and bathroom. There was also a decent size balcony! You would be very pleasantly surprised to book a 3 star accommodation, and turned up here! It was fab! The hotel itself has all the amenities you need (wifi, shop, laundry) and a beautiful lagoon style swimming pool. The restaurant while not an extension buffet had enough to keep you happy. The beach closest here is Makronisos beach and is the best in Cyprus in my opinion! White sandy loveliness! In general this side of the island has much nicer beaches than the Paphos side!

Day five we headed up to Protaras to St Nicholas church and slowly made our way down the coast for the rest of the day. We stopped at all the main resorts, covering Fig Tree Bay, Konnos beach, Nissi beach and Makronisos beach. All are sandy, Nissi being right near Ayia Napa was the busiest. You have to pay for sunbeds and umbrellas here (although not too much of a rip off, €2.50 for each). We also had a quick stop at the Ayia Napa Monastery, which is surrounded by the bar streets of Ayia Napa. 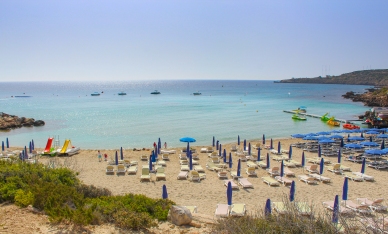 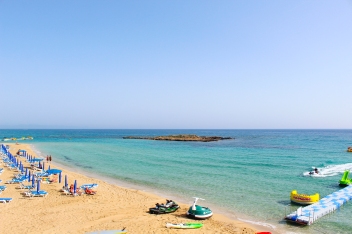 We also explored Cape Greco. A few places I thought were overrated and you wouldn’t be missing much if you didn’t make it there (I’m talking about the first lot of sea caves, the blue lagoon etc.). What was stunning was the 2nd lot of sea caves!! (this is what should be called the Blue Lagoon). Very pretty! 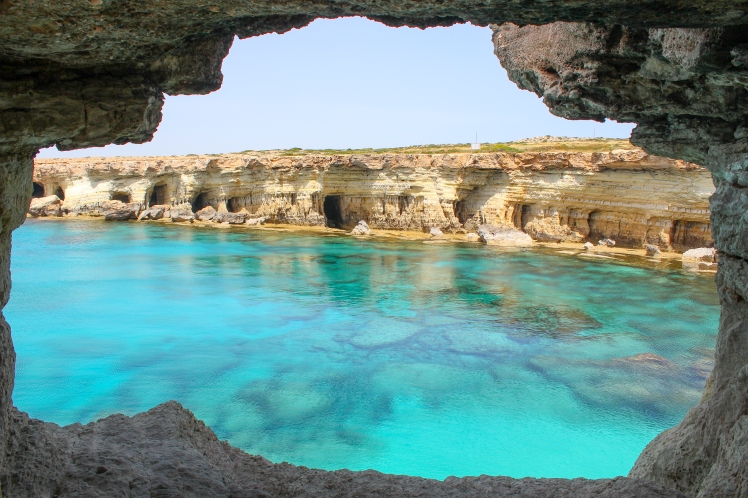 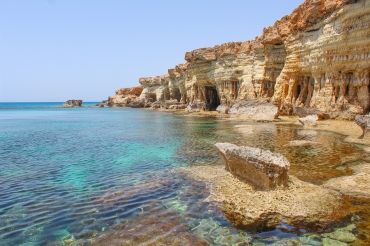 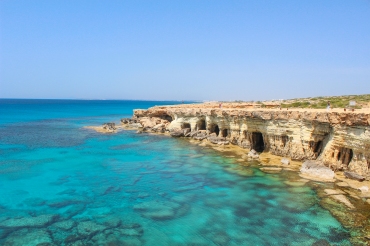 Our final day we packed the car and headed back to Larnaca before our flight home. Again it’s got a nice seafront, with a small castle along the shore and a few streets of shops and restaurants/cafes. 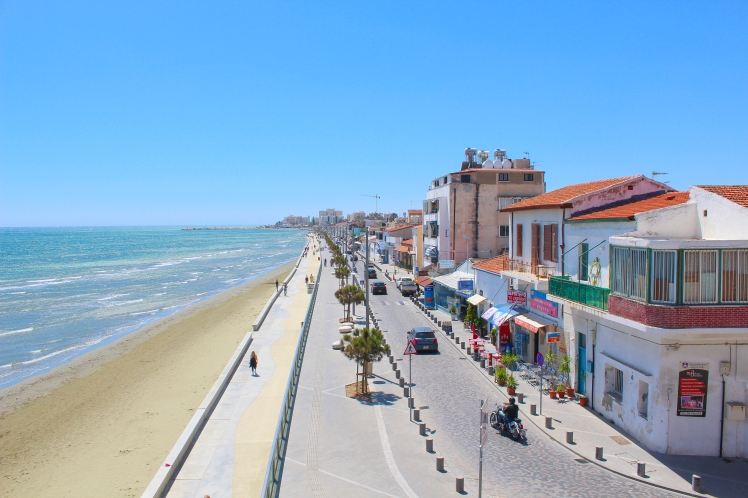 I really enjoyed my week here, more so because of the ‘nature’ exploring side of it (as mentioned none of the towns or cities really had anything special to offer). I think it is best to discover by doing a ‘twin centre’, so stay a few night on Paphos side and a few nights on the Ayia Napa side, we were here a week and I could easily come back for another to see the things we missed!

4 thoughts on “The exploration of Cyprus” 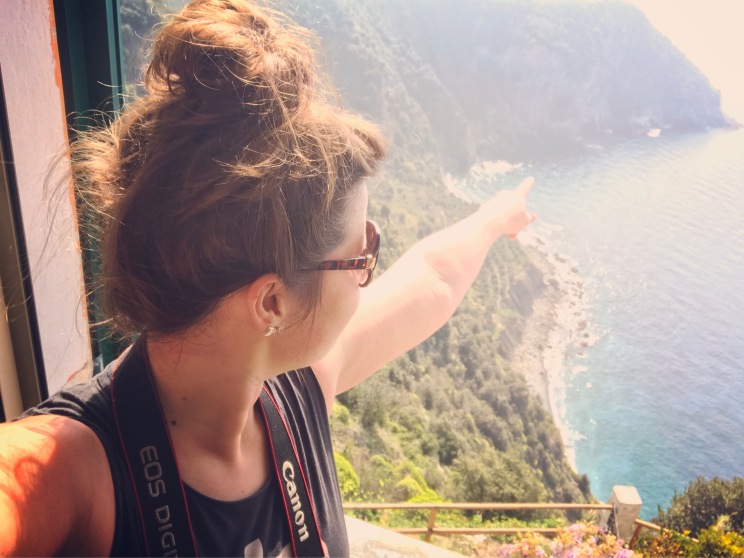