Summer in London seemed to have broken early this year, so while I wasn’t lacking in a sunshine fix I am definitely glad I topped up on my vitamin D supplies, as we’ve since returned to an eternal Winter…. (just one year I wish my week off in England will have sunny, warm weather – but my upcoming Bath trip is not looking hopeful). Also having recently binged watched the entire first 6 seasons of Game of Thrones, I was SUPER excited to be heading to Kings Landing Dubrovnik for a long weekend.

We headed out of Stansted on the 6am flight to Dubrovnik to make the most of the 4 days in the city. We landed around 10am and got the local transfer bus to Dubrovnik centre (40 Kuna / £4.80), this was by far the cheapest transfer option and also drops you right by the city gates, perfect if you’re staying in the centre. As we’d arrived early we spent the first few hours grabbing a drink and relaxing in the shade until out apartment was ready. We booked Carmen & Tosco Apartments, located about a 15 minute walk from the Pile Gate. I spent a lot of time thinking before we went if we should stay central, or stay further out where a beach was and get a bus in. In the end deciding to stay near the city was the best idea. The apartment inside was lovely enough, but the ‘terrace’ was nothing to shout about (surrounded by other buildings) and also we didn’t have a very pleasant check in experience with the owners, but I won’t go on about that.

Walking into town was nice as it was down hill, but obviously the return journey was always up. You’ll find it hard to avoid this anywhere surrounding the city walls but at least we had the freedom of walking and not having to rely on local buses to get there (or expensive taxi rides).

The city at this time of year is bustling with tourists! And the daily passengers from the cruise ships adds to this. I would suggest to anyone visiting to perhaps come earlier (May/Jun) or later (Sept) to try and avoid the crowds, and also because it was HOT. I like the heat, but the heat combined with the up and downs of the city was sticky and sweaty!

Despite the above, Dubrovnik has one of the prettiest ‘old towns’ I’ve ever been to. It has so much character I can see why it’s chosen as a popular TV and movie location. Day one as mentioned above was spent settling in, and then heading into town in the evening to wandering around the streets and grab a bite to eat. 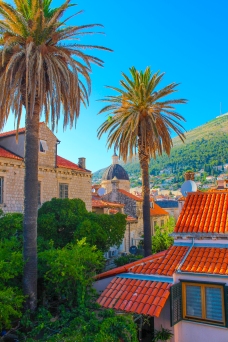 Day two we’d booked a half day kayaking tour of the city walls and around the small island just off the coast (Lokrum Island). The tour starts just outside Pile gate, where you’re met by the guides, given a quick safety talk before getting into your twin kayak (solo also available) and heading off. The guides spoke throughout the trip about the history of the city. It was a very enjoyable journey, I won’t say it was easy as you did paddle 7km in total but being on the water cooled you down. You have the opportunity to swim at one point, and you also pull up into a small beach where your given a sandwich. The 9am departure was a good choice to avoid the heat, it was definitely an enjoyable morning and well worth the €30. For the GOT fans, the place where you get in / out of your kayak you will see on the right Fort Lovrijenac, or also known as the Red Keep. From where you are standing also you will notice a small brick pier, this is where Lord Baelish discusses plans with Sansa to escape. The small bay is also where Myrcella departs for Dorne. 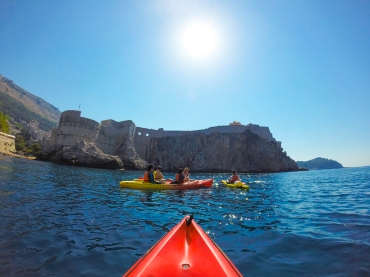 In the late afternoon we decided to do the city walls walk. The whole loop took about an hour at an average pace. There are several spots along the wall to buy drinks and ice cream and to stop if you needed the break, but the stairs aren’t too bad. It is a great way to see all the different views around the city. Also for the GOT fans, you go past a point called Minceta Tower, or the entrance to the house of un-dying. 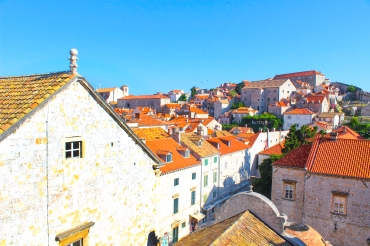 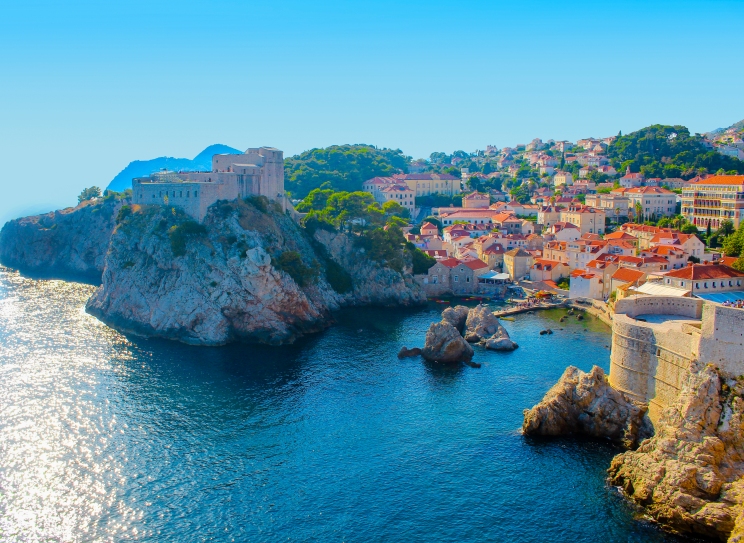 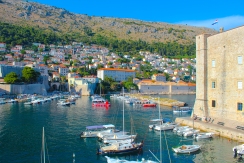 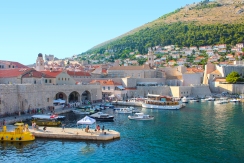 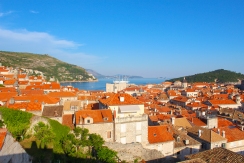 Day three we went on a 3 island tour to some of the surrounding islands of Dubrovnik. I didn’t pre-book this tour, as I wanted to see what kind of boat we would go on (I didn’t want to end up on one of those big party boats). Instead when we were walking through the town one evening they have all the suppliers with their booths out the front of the harbour where you can book. We chose the Vivado company on the Carmen boat, and it was one of the loveliest boat tours I’ve been on! Having done similar day trips in places like Malta, this tour had the perfect mix of relaxing and visiting. We headed of from Dubrovnik at 10am to Kolocep for a 45 minute stop, which is enough time to get out walk around the small town, see a few small tourist attractions and get back. From Kolocep we headed to Sipan for another short stop (similar things to do as Kolocep). Between these two they serve you lunch which is a delicious full plate of grilled chicken and salad. Throughout the whole day they have unlimited soft drinks on ice and water, and also local red/white wine. From Sipan we then headed to Lopud where we had our longest stop (2 ½ hours) which left enough time to enjoy swimming in the crystal clear waters, and again wandering through the town and grabbing a drink. I think that’s what made this trip so enjoyable is that it wasn’t overrun with passengers, everyone had enough space to spread out (either upstairs on the sun deck) or on the main deck covered by the shade. We arrived back in Dubrovnik around 5:30pm. 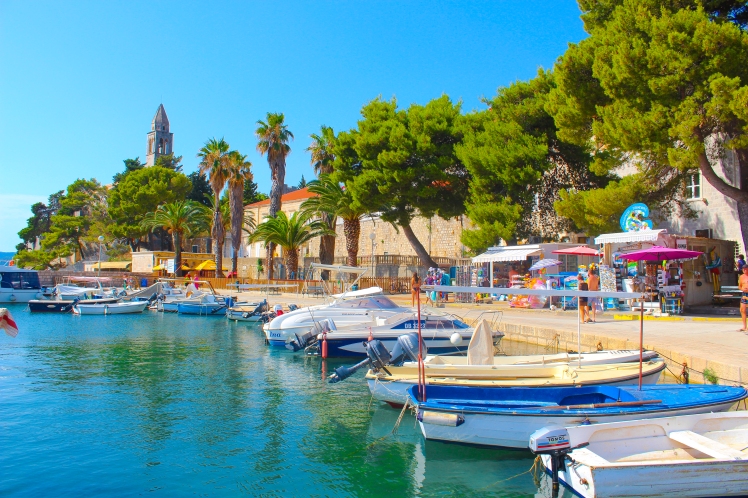 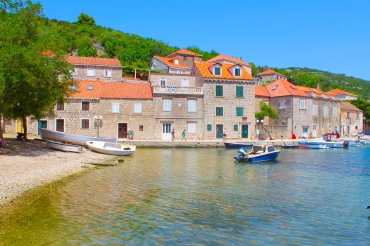 On our last day we decided to go on the cable car. While the price of the car itself was ok, you are packed in for a 3 minute ride to the top where yes you get a good view, but there is only an overpriced restaurant before heading back down. If you missed this while visiting, you’re not missing much. 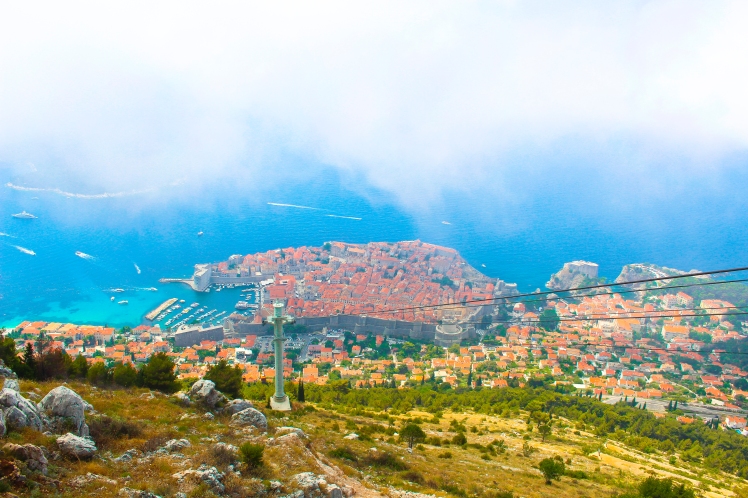 Overall Dubrovnik was as pretty and picturesque as I’d imagined, and from London (2hrs by flight) is it the perfect weekend break if your wanting a sun fix! I would definitely return one day as there is several places from Dubrovnik to explore, and a few other sites in Dubrovnik we missed (would defo get the ferry across to Lokrum Island). Don’t go here for a beach break, there are places to swim but you’d be going off rocks or down ladders unless you stay out of town, but in this case just come and do Dubrovnik properly for a few days, and head somewhere else for a beach break. 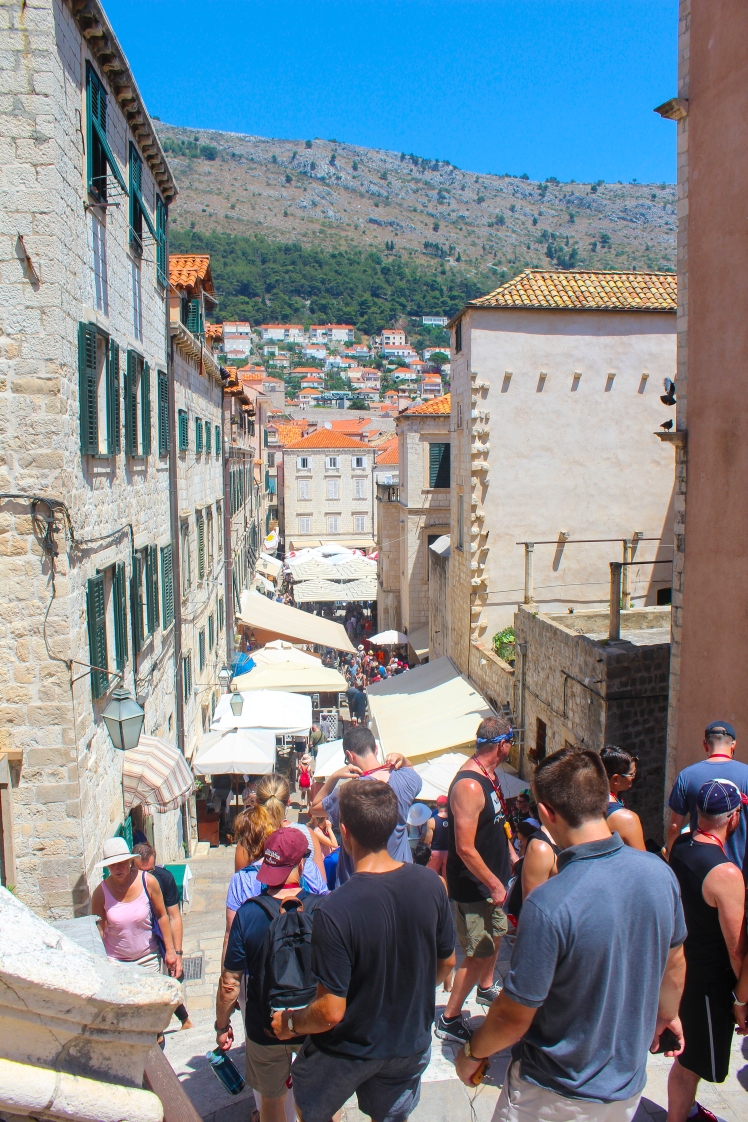